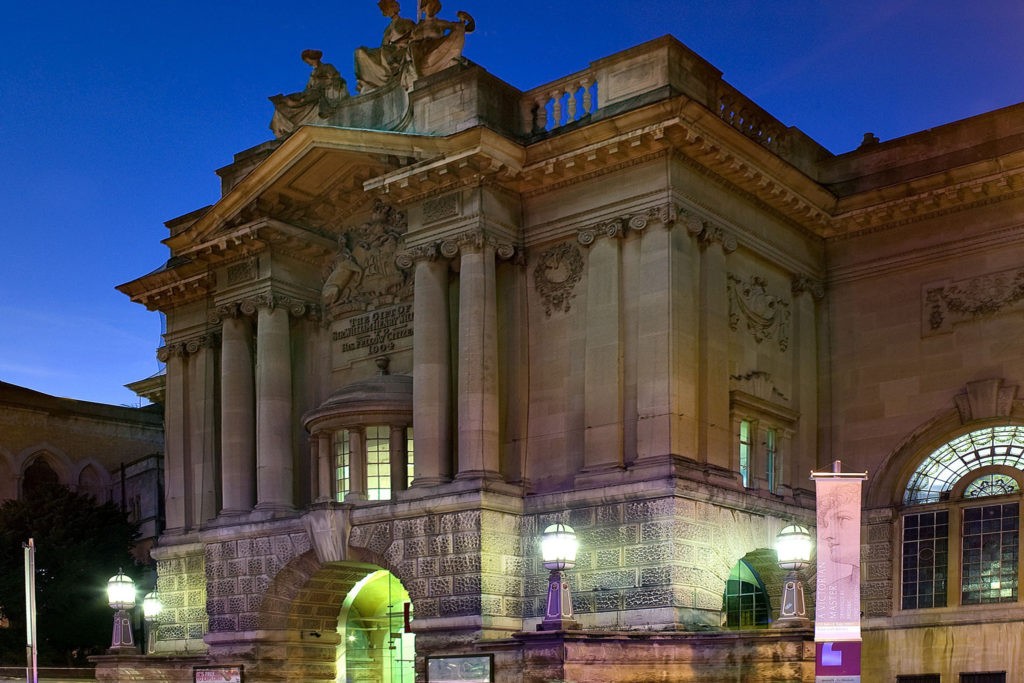 This historic building, is the home to many national and international treasures, including many by internationally famous artists, as well a collection of modern paintings of Bristol. 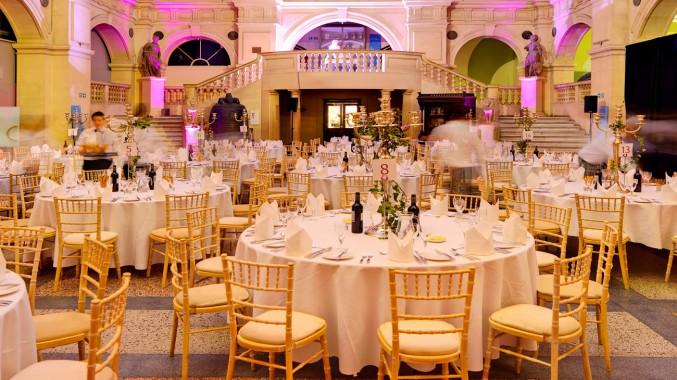 The venue is also used in other ways such as wedding receptions and exclusive private parties.

Companies such as SPAR UK, whose South Western Distribution, operated by Appleby Westward, held their annual retailer awards recently which culminated in a Silent Disco! 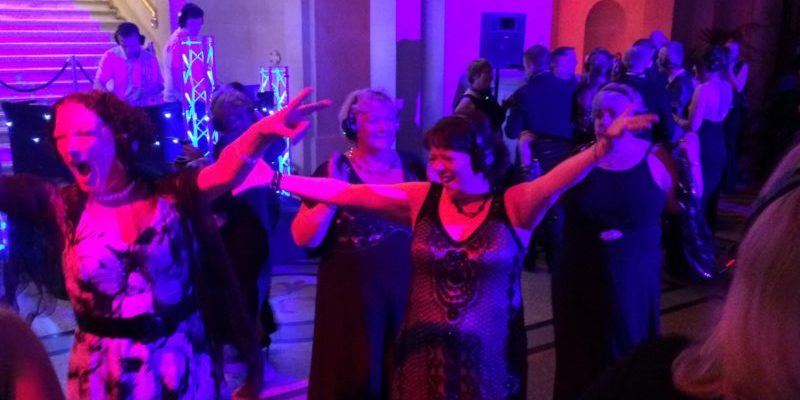 This glittering ‘Night of the Stars’ (or should that be ‘Spars’!) was attended by retailers from all over the South West, some of which made the trek from as far afield as Penzance!

Not only was this a momentous occasion for the winners, the Bristol Museum Art Gallery proved to be an incredible venue to host a Silent Disco!

What is a Silent Disco?

A Silent Disco is an event such as as disco, wedding reception or private party where the music being played, is listened to through wireless headphones instead of a speaker system!

The headphones provided by Somerset Silent Disco have 3 separate channels, which means you have a choice of music to listen to and if you want to have a chat with some friends, you don’t have to struggle with shouting to be heard!

How much does Silent Disco cost?

It’s actually a lot more cost effective than you think!

Headphones cost £100 + £1 per headphone along with a £50 holding fee. The price includes delivery & collection, with all headphones fully charged and there is no VAT to pay.

We use cookies on our website to give you the most relevant experience by remembering your preferences and repeat visits. By clicking “Accept All”, you consent to the use of ALL the cookies. However, you may visit "Cookie Settings" to provide a controlled consent.
Cookie SettingsAccept All
Manage consent

This website uses cookies to improve your experience while you navigate through the website. Out of these, the cookies that are categorized as necessary are stored on your browser as they are essential for the working of basic functionalities of the website. We also use third-party cookies that help us analyze and understand how you use this website. These cookies will be stored in your browser only with your consent. You also have the option to opt-out of these cookies. But opting out of some of these cookies may affect your browsing experience.
Necessary Always Enabled
Necessary cookies are absolutely essential for the website to function properly. These cookies ensure basic functionalities and security features of the website, anonymously.
Functional
Functional cookies help to perform certain functionalities like sharing the content of the website on social media platforms, collect feedbacks, and other third-party features.
Performance
Performance cookies are used to understand and analyze the key performance indexes of the website which helps in delivering a better user experience for the visitors.
Analytics
Analytical cookies are used to understand how visitors interact with the website. These cookies help provide information on metrics the number of visitors, bounce rate, traffic source, etc.
Advertisement
Advertisement cookies are used to provide visitors with relevant ads and marketing campaigns. These cookies track visitors across websites and collect information to provide customized ads.
Others
Other uncategorized cookies are those that are being analyzed and have not been classified into a category as yet.
SAVE & ACCEPT